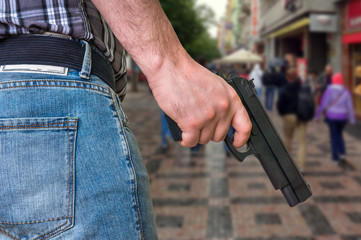 On October 1st, 2017, the Las Vegas Shooting known as of the deadliest mass shootings in the history of US left the country in shock. A 64 year-old man, Stephen Paddock fired upon the crowd that was attending the Route 91 Harvest music festival in Nevada. The open fire killed 60 people and wounded 411. The panic that followed took the number of wounded civilians to 867.

The shooting still remains bizarre as the shooter took his own life shortly after the shooting. The reason for shooting and such step taken by him still remains a mystery. The shooting is said to have started at 10:00 p.m. and went on till 10:15 p.m. on October 1st, 2017. This was the 3rd and final night of the music festival. It is reported that most of the audience mistook the shootings as either firework or something that the DJ had played, at first. Over the span of 10 minutes along with momentary pauses, the shooter shot 1000 bullets.

As this devastating shooting claimed the lives of many, the aftermath of this incident witnessed heart-warming unity in the community. With support pouring in from all directions, individuals lined up to donate blood and millions of dollars were donated to help the victims of this devastating incident.